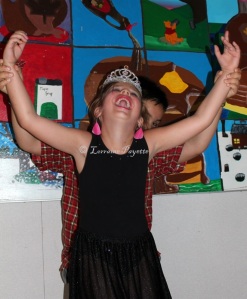 It’s all about fun at the Delta Documentary and Film Festival. Worldwide entries are being accepted.

(DELTA, ONBTARIO) The long awaited news is here – the official category for this year’s Delta Documentary and Film Festival has been announced. After careful deliberation, and lots of fantastic input, the winner is “Heroes – From the Everyday to Super”.

“Our 2013 line-up for RILTS Film Camp looks to be the best yet,” says Rachel Marks, owner and director of the school. “Campers will work in groups to make a film based on this year’s theme and will then get the opportunity to view these films at the third annual Delta Documentary and Film Festival. Camp also includes theme days and lots of fun, summer activities.”

From its humble beginnings just two years ago, the camp has grown into the “to be” place for young people wishing to learn more about film making. The program covers everything from writing your own screen play to make-up, costumes, lighting, sound, camera work and more. Participants will work together in groups to make their documentaries over the course of the program, and imaginations will be allowed to soar.

“I’m happy to announce that this year we have a new supporter for the Camp,” says Marks. “G. Tackaberry & Sons Construction have generously come on board this year as a community sponsor. Tackaberry joins such repeat supporters as the Delta Athletic and Recreation Society, the Township of Rideau Lakes, the Delta Agricultural Society, Delta Mill Society, Kudrinko’s Westport and many other local businesses and service groups, with the largest support coming in the form of a grant from the Criminal Court Community Fund and Every Kid in Our Community of Leeds and Grenville.”

Tuition costs for the day camp program are $30 for a one week, program, $60 for two weeks. There will be four sessions, running as:

“We divide camp into one and two week sessions in order to give flexibility to busy families,” says Marks. “The registration costs go directly to hiring local teenagers who act as the Production Managers/Camp Counsellors, and into equipment for the camp. This year RILTS is looking for Production Assistants/Junior Campers. If you are between 13 and 16 and would like to get experience and community service hours, please contact us at 928-3457 or go to our website at http://www.rilts.ca .”

With camp starting tomorrow, the excitement is enough to make everyone want to burst. But they know that this is what the kids have been waiting for – a chance to go out there and really make it all happen.

At the end of the program, the films go to the Delta Documentary and Film Festival. The program has broadened to include different kinds of films, not just documentaries.

“The Delta Documentary and Film Festival is open to submissions by filmmakers aged 8-18 from around the world,” says Marks. “Movies must not exceed the established time listed on the entry form, and must conform to the year’s theme. All films must be submitted on DVDs playable in standard North American DVD players, and should be marked with the title of the film and the name of the producer. We cannot return your DVDs, so please make extra copies, and we will endeavour to screen all films that are submitted as long as they meet the criteria.”