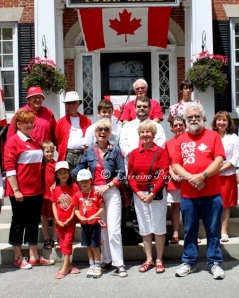 (Gananoque, ON) Stan fans, get ready for a chance to sing along to your favourites as the D-Tones and guests bring “Stan Rogers – A Matter of Heart” to the festival from 2:30 – 3:30 p.m. on June 30. Admission is free, and the music exhilarating.

“Just after (Rogers) died in an airplane fire, Vince Metcalfe and I got hooked on the idea of (a tribute to him), taking his work to a wider audience in a theatre setting,” said Diane Stapley.

Rogers’ music takes a close, personal look at how we feel about being Canadian and what we think other’s lives might be like. Warm and comforting, it resonates within the soul and pours forth to show a pride in country and heritage not experienced in the works of other composers.

Musicians will include Diane Stapley, Cam Schaefer, Brian Flynn, Chris Murphy, Craig Jones, Andrew Ray, Wayne Huff and community choir the Gananoque Holiday Harmonizers. Songs will include Northwest Passage, Barrett’s Privateers, Fogarty’s Cove and many other favourites that have become near and dear to Canadians.

“We hope everyone will feel free to get up and sing with us,” said Stapley. “This isn’t just a tribute to Stan Rogers, but to us as Canadians and the wonderful country we live in.”